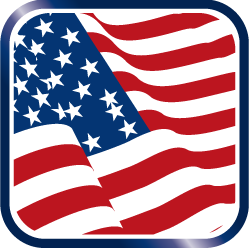 Fifth Third Bank is moving its regional headquarters from Southfield to downtown Detroit, continuing the recent trend of suburban tenants moving into the city.

The Cincinnati-based financial institution will relocate it’s full time workers and take up four floors of One Woodward Avenue, a mid-century skyscraper with panoramic views of the city and river. Fifth Third said it may eventually take up more space in the 29-story skyscraper, which is being renamed as Fifth Third Bank at One Woodward.

“Now that we’ve established a footprint in the city, we wanted to move our headquarters to be part of the downtown movement and contribute to the remarkable resurgence Detroit is experiencing,” said Fifth Third CEO and President David Girodat.

The bank’s move is part of a $85 million commitment to the city, which includes charitable donations, small business loans and other investments to be made over the next five years. It also plans a $1 million upgrade of its Northwest Activities Center at 18100 Meyers.

The announcement came at a Tuesday morning press conference held in the three-story glass lobby of One Woodward with Detroit Mayor Mike Duggan and Dan Gilbert, founder of Detroit-based Quicken Loans Inc. Gilbert’s Bedrock Real Estate Services owns the landmark building at the northwest corner of Woodward and Jefferson avenues. Other building tenants include the Detroit Regional Chamber and Quicken Loans.

Fifth Third is the latest corporate office to move from suburb to city, a trend that began about five years ago and counters years of outward migration to the suburbs.

It’s allowed the downtown Detroit’s office vacancy rate to continue to improve, which was reported as 21.8 percent in the third quarter, according to report by Newmark Grubb Knight Frank, a commercial real estate firm.

The trend downtown hasn’t hurt the suburbs either, said John DeGroot, an analyst for Newmark Grubb Knight Frank. His data shows that vacancy rates of most Metro Detroit suburbs is also improving.

Southfield’s office vacancy rate fell 25.7 percent during the third quarter. Southfield has posted nearly 500,000 square feet of positive absorption and has seen its vacancy rate fall 4.1 percentage points from the start of the year. The city has made significant progress since Blue Cross Blue Shield of Michigan and various other firms moved out of Southfield in 2011, causing the vacancy rate to climb to over 31.0 percent.

Southfield officials said the community wishes the bank the best.

“We … thank them for having been good corporate citizens of Southfield,” Rochelle Freeman, the city’s manager of business development, said in a statement Tuesday. “There has been a lot of workplace transition going on in southeast Michigan lately with evolving business districts; however, with well over $100 million in public, private and nonprofit development planned or underway in the Southfield City Centre area alone — we’re very excited about what the future holds for our community.”